Look at the photo below. Do you believe what you see? 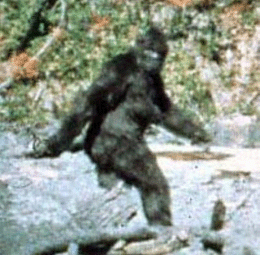 On October 20, 1976, Roger Patterson and Robert Gimlin set out on horseback to explore the northern California wilderness and search for Bigfoot. Using a 16mm hand-held movie camera they shot the following footage.

The film has been studied by many scientists throughout the world who continue to remain divided on the authenticity of the sighting.

When we are asked to evaluate scientific explanations, we have to evaluate or judge the reliability of what we hear and see. We have to use critical thinking to evaluate explanations. In order to think critically, you must combine your prior knowledge with newly learned facts or observations.

Evaluating scientific explanations involves several steps. For example, you should evaluate the methodology that was used. Two steps are shown below. Click on each step to learn more.