Often, more than one force can act upon an object at a time, and the forces can push or pull in any direction. What happens to the object when forces act upon it depends on the following two things: 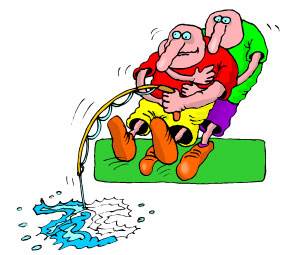 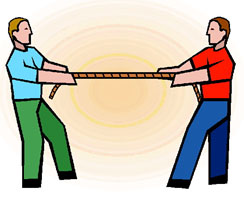 If two forces of equal strength act on an object in opposite directions, the forces will cancel, resulting in a net force of zero and no movement. Two or more opposite forces are balanced forces if their effects cancel each other and they do not cause a change in an object's motion.

Click on "Check your Answer" to find the image showing balanced forces.