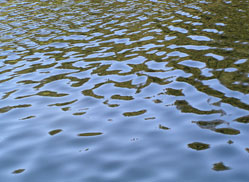 The Sun also provides the energy that drives convection in the ocean and produces ocean currents. There are two main types of ocean currents: surface currents and deep currents.

Near the equator, the winds blow ocean water east to west, but closer to the poles, ocean water is blown west to east. 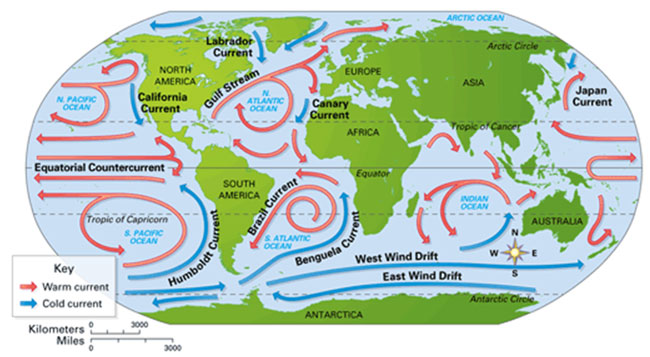 Temperature and salinity affect the density of ocean water. Ocean water gets denser when it becomes saltier or gets colder. Cold air chills the water molecules at the surface, causing them to move closer together. As a result, the volume of the water decreases, and the water becomes denser. Starting at a depth of about 200 meters, the water temperature becomes colder as the depth increases. The denser water moves along the ocean floor and eventually travels toward the equator in the form of a deep current. Less-dense water always flows on top of denser water.

The diagram below shows how deep currents and surface currents interact and trade places. 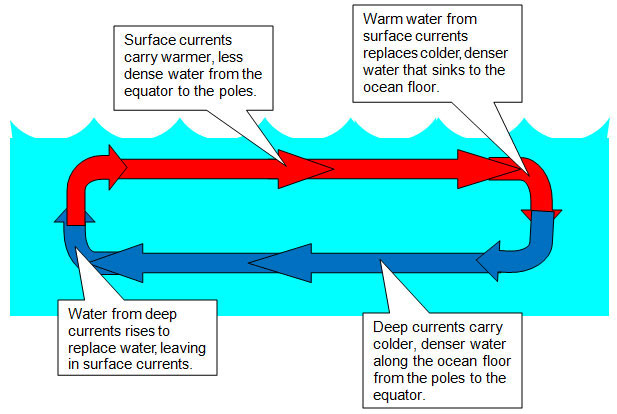